The Institute, as a Charitable Trust was established in 1887 - The first of its kind - the arts and crafts, by naturing the abundant talent in the rural areas in South India.

In the year 1889, this was registered as a society. All these years, the Institute promoted the arts and crafts, by identifying the artists and craftsmen and channelised the products to the market.

Any account of the growth of social service in Tamil Nadu will not be complete without a mention of the work undertaken by the Victoria Technical Institute. The Institute known all over the world as VTI occupies a unique position in that it pioneered the handicraft development and promotional activity six decades before the agencies were thought of by the Government. It is the marketing media for the unknown craftsman and the talented artisan in the remote parts of the country.

The records of the Institute reveal unmistakably that the social elite of the day representing the foreign ruling class identified the native genius in the field of fine arts. The proceedings recorded, bear witness to the fact that the founders, who mostly belonged to the British bureaucracy, were animated by the desire to uplift the lot of the craftsman in the rural areas. They had recognized the abundance of talent in the districts and were convinced that the arts and crafts that were being produced were of unmatched beauty even by the western standards of the day. 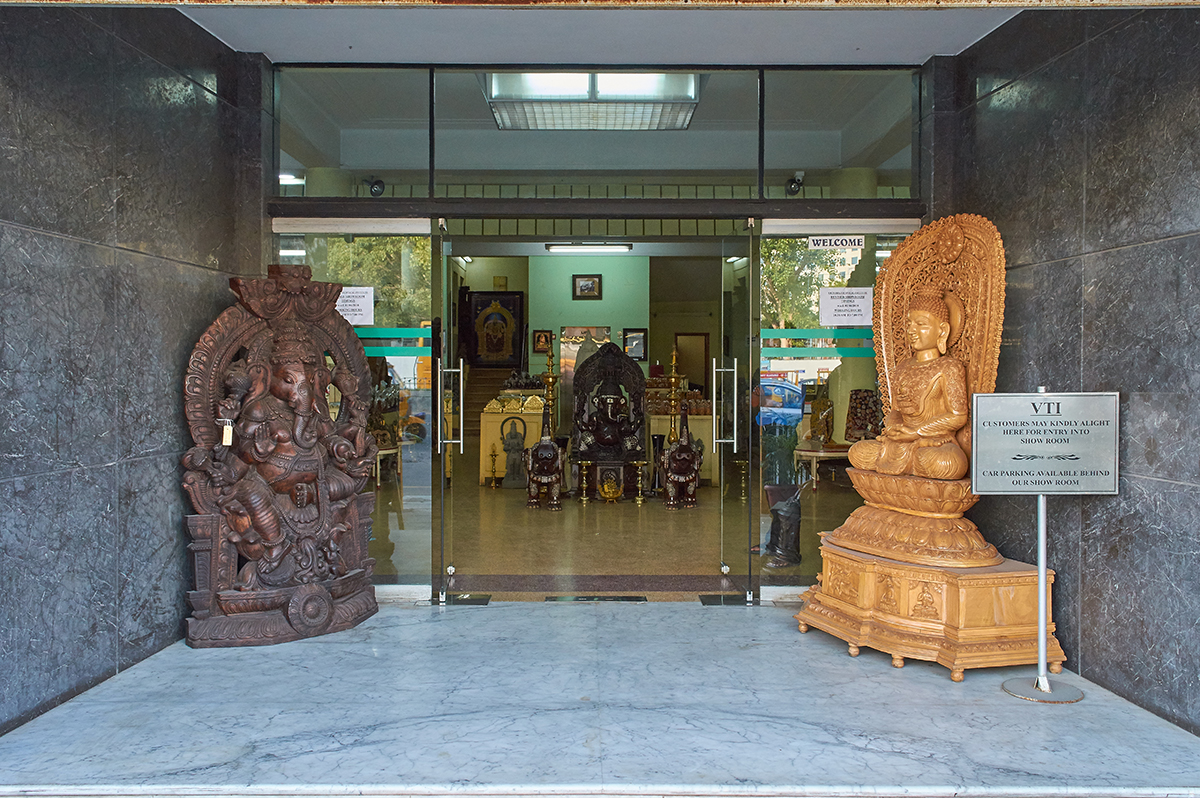 Conceived as a Charitable Trust, essentially to extend a helping hand to the unknown genius, lost in the villages, the Institute came into being as an organization in October 1887. The following is a chronicle account of service. On the occasion of the Jubilee of Her Majesty the Queen Empress Victoria in 1887, a Central Jubilee Committee was formed in the City of Madras and Collections were made to commemorate the fifty years of her reign. The Government added to the funds collected, a grant equal to the moiety of the collections made on condition that the President and one-third of the governing body should be nominated by the Government. The Committee accepted the offer of the Government and eight members of the Jubilee Committee and the President and four members nominated by the Government constituted the first Council of VTI. On 26th march, 1889 the Victoria Technical Institute was incorporated under the Societies Registration Act.

After a year’s working of the Institute, the then Governor of Madras, Lord Connemara, on 26th March 1890 referring to the Institute said, “The Technical Institute has been at work for more than a year. They have been very hard at work and they had to do what is not at all an easy thing to do they had in great measure to make bricks without straw. They have established scholarships in the various institutions where science and art are taught and they have also arranged to have lectures delivered on various subjects.”

In the first year of its coming into being the Institute had awarded 10 scholarships for drawing and engineering. By 1891, 6 scholarships were given for engineering, 4 for art, 3 for agriculture and 8 for commerce and the stipendiary amount to each recipient of the scholarship was of the value of Rs.30/- per mensem.

Every article in this collection is for sale and as each is disposed of it will be replaced by another special commission and in this way a stimulus will be given to the continual production of high class work. The revival of the art industries of Southern India is not the work of a day or a decade but the Council believed that a beginning has been made as they have been able to get into touch with artisans of unquestionable scope who have been encouraged by its development of a demand for their productions, to return to their hereditary artistic occupations.

The driving desire to contact the artisan and craftsman directly was displayed, from the beginning. The council was convinced from its inception that only by direct contact with the talented creator was it possible to give him help. Many of the Councilors undertook tours to towns and villages, covering the area now comprising the four southern states. They met the Craftsmen, convincing them that what is produced by them is appreciated and could be sold. The institute uses every means in its power to get the craftsmen to rectify faults in design and workmanship but difficulties are experienced in overcoming the prejudices of an uneducated and intensely conservative class.

There are presently more than one thousands craftsmen supplying goods to the institute. The Institute still grants scholarship to students, studying in different schools of arts in the State. The export section in busy and has to its credit continued rise in the foreign exchange earnings year by year. Crafts exhibitions are held frequently to give wider publicity for the various items. Exhibitions are organized to give awards to the skilled.

The Council, however, feels a distinct watershed is reached during the last few years. The demand both internal and from other countries for the handicrafts produced in India has gone up a thousand fold since the inception of VTI in 1887. With the demand there has been a great spurt of growth of agencies competing with each other to obtain the wares from the craftsmen. This had led to the system of craftsmen getting into the hands of persons from cities who would, with offers of ready cash, get them into their captive clutches. The time has come when attention should be bestowed on the conditions prevailing to prevent the exploitation by the middlemen.

With the resources generated out of the envisaged development crafts training centers will be promoted in the rural centers for the continuous on –going process of unearthing talents lying latent. V.T.I believes that avenues of self-employment and opportunities for supplemental incomes are potentially so enormous, for improving the quality of life in villages through the training centers. The human resource development aspirations of the Government will find in this activity an immediate opportunity to usher in a qualitative changes in the life of rural masses.